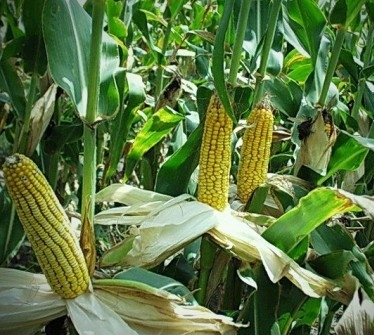 Powerful precipitation in the corn belt of the US last week not only prevented the sowing, but had kept the germination of earlier planted corn. In the near future precipitation will continue, but shortly after 8-10 days the weather improves.

it is Expected that nedoceneny will be 10 million acres of wheat, and due to poor plant development maize production in the United States this season will be extremely low.

In the may report USDA of the sowing area of maize in 2019 is estimated at 92.8 million acres, a gross yield in 381,8 million tons, whereas in the previous season, with 89.1 million acres were collected 366,3 million tons.

amid rising prices for corn farmers will risk it and continue sowing after 1 June, though after the optimal timing of expenses on insurance of crops increased by 1% for each day.

For the week, corn exports from the U.S. rose 3.7% to 1,099 million tons, which is 35% less than the indicator of last year. One ship of corn were shipped to China. Overall in the season exported 38,572 million tonnes of maize projected USDA 58,42 million tons Until the end of the season will remain high export potential on the background of the rich offerings of corn from Argentina and Brazil, and falling demand from South Korean refiners, which already in December bought a cheap corn, and now has stepped up the purchase of cheap black sea wheat.

In Ukraine, prices for corn increased by 3-5 $/t to 177 to 178 $/MT FOB, while traders in the port raised the price up to 164-165 $/t. it is Not necessary to expect the further price growth, as the number of buyers of expensive corn for delivery in June, small.

the price of domestic corn new crop thanks to the active demand and the likely reduction in US production rose to 162 to 164 $/t for deliveries to the port in October-November.

Ukraine is in the new MG may collect 32-33 million tons of corn, slightly will yield a record 35.5 million tons.