The excess supply puts pressure on prices of soybean and sunflower 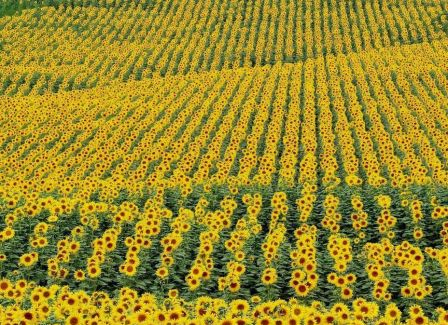 Analysts of Oil World downgraded its forecast for world production of seven major oilseeds in the current season relative to the previous report by 3.1 million tons to a record 549,5 million t that on 10% exceeds the results of last season and 68 million tonnes will exceed the average of the last five years.

most will grow soybean production, the crop estimate for the expense of South American countries increased by 2.8 million tonnes to 348,2 million tons, up 12% over last season. This will lead to increased soybean stocks in the United States, Brazil, Argentina, India and China.

Following the trends of the world markets and due to the strengthening of the national currency reduced purchase prices for soybean and sunflower in Ukraine. Processors offer sunflower 10800-11300 UAH/t with delivery to the plant or 10500-10800 UAH/t, FCA – customer trucks. For soybeans offer 11700-11800 UAH/t at the factory and 11300-11500 UAH/t in the elevators. Export demand for soybeans is almost absent because of the meager number of offers of the oilseed.

Add a comment to news item: The excess supply puts pressure on prices of soybean and sunflower

Add a comment to news item:
The excess supply puts pressure on prices of soybean and sunflower