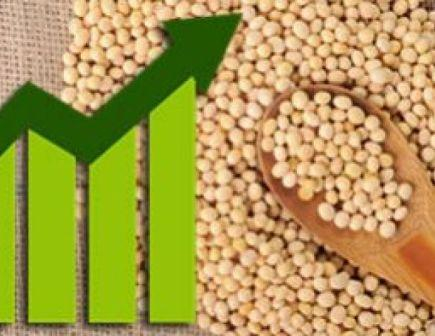 due to a cancellation from March 1, 2018 reimbursement of VAT on exports of rapeseed and soybean traders stopped buying oil on the domestic grain elevators and stepped up purchases in the ports, trying to build the necessary export consignments before the end of February.

in addition, traders are forced to cut plans for the purchase of soybeans, which led to the fall of the dollar price of oilseed in the port.

From refiners typically the price level was much lower than that of traders. They offered 11500-11700 UAH/t with delivery to the plant, did not pay a premium for non-GMO and required protein not below 37-38% dry solids, while traders for export transactions was enough protein 35-36%.

After traders have reduced their purchases from refiners there are now more offers and have the opportunity to choose the quality and price of soybeans.

Annually the capacity for processing of soybeans in Ukraine increased. But last year, then increase processing capacity to 4.2 million tons, the actual processing volume declined for a record soybean exports at 2.9 million tons.

In the 2017/18 season, Ukraine exported 2.8 million tons of oilseeds, which is 55% higher than exports in the same period last year (1.8 million tons). The export of rapeseed increased from 0,8 to 1,8 million tons, and soybean exports despite the export forecast of 2-2. 2 million tons has not changed and amounted to 0,93 million tonnes against 1 mln tonnes in 2016.