The price of wheat crushes record harvest in Argentina 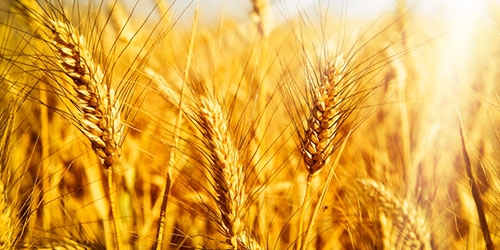 On Friday, the fifth day in a row, trades in Chicago ended lower quotations of wheat futures. In the past five trading days, the wheat in Chicago has lost 5,69 $/ton.

the Main factor in the falling prices was the increase in world supply. In the season 2016/17 MG Argentina will gather 15.7 million tons of wheat, which is by 38.9% over last year. Production growth will be due to the increase in acreage of 19.7% to 5.23 million ha and improve crop yields.

the Exports of Argentine wheat in December can exceed 1 million tons, which will be a record figure for the month since December 2007.

the European Union raised its forecast for the soft wheat crop. Russia may increase the estimate of wheat production by 2 million tons.

in addition, U.S. wheat growing areas, the air temperature was lower than expected, which weakened the threat of freezing of crops.

Price of wheat on Euronext also declined to 165,75 Euro/tone.

In Ukraine, traders are actively buying wheat, trying to complete contracts before the start of the Christmas holidays, so the prices remain the same:

Add a comment to news item: The price of wheat crushes record harvest in Argentina

Add a comment to news item:
The price of wheat crushes record harvest in Argentina