The market of maize exacerbated the struggle for buyers 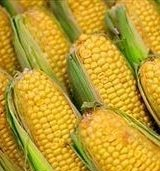 may decrease demand for corn was caused by the expectations regarding the increase of proposals from the southern hemisphere.

Rise in price of Ukrainian corn to 200-210 $/t FOB Black sea has forced buyers to look for cheaper deals what the price of domestic corn in June fell to 190 $/t FOB. Ukraine can export 2-3 million tons of corn of the old crop, however, producers do not hurry to sell grain at low prices.

amid the growth of prices for Ukrainian maize, the EU in 2018 increased import of cheaper corn from the United States.

completion of the rains has extended the collection of maize in Argentina. According to experts, now is the optimal period for sale on world markets to Argentine corn, because the proposals of the American grain are reduced and to harvest the second crop in Brazil remains two months.

because of the drought, corn harvest in Argentina will decline from 41 million tons in 2017 up to 32-34 million tons this year, but export potential is estimated at 20-22 million tons.

Traders believe that in near future the Argentine corn will be the cheapest on the world market, as producers will begin to actively sell the intention of the government to raise export duties on corn following duties on biodiesel.

at the End of last week, South Korean refiners have purchased 500 thousand tons of corn, and this week bought another 300 thousand tons. Therefore, during the week it was purchased almost a tenth of the projected USDA's corn imports in South Korea in 2017/18 MG.

Add a comment to news item: The market of maize exacerbated the struggle for buyers

Add a comment to news item:
The market of maize exacerbated the struggle for buyers