On the interbank market, the hryvnia continues to strengthen 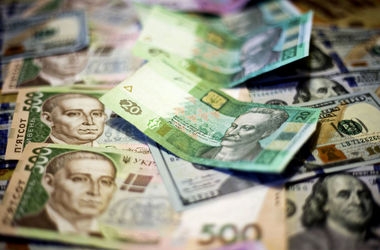 the dollar again fell. Trading opened with quotations of 24.89/24,92 and the currency was trading in the corridor 24,87-24,89/24,91-24,92 UAH/$. Almost all of the time, the supply exceeded the demand. The national Bank decided to take advantage of the situation and after 11 hours announced the auction for the ransom of 50 million dollars with the deadline to 12 hours and the announcement of results 12:30. Banks were able to provide three competitive bids. At auction, the regulator bought $ 50 million at cut-off price is not higher 24,9050 USD. when the total volume of the banks ' bids at 56.7 million.

in General, for Wednesday 15 June was 445 transactions with a total amount 383,10 million dollars at the weighted average exchange rate 24,8876 UAH/$.

the Hryvnia continues to strengthen even amid the easing of restrictions of the NBU purchase of foreign currency by importers and a decrease in the share of mandatory sale of exporters currency earnings from 75% to 65 %. With the beginning of new marketing season and the intensification of grain exports, the number of proposals of the currency will increase, so the torque can be further enhanced. Analysts predict that she may strengthen to 24,5-24,8 UAH/$ in July and August, but in September and October, the course may return to level 25-25,5 grn/$.

Add a comment to news item: On the interbank market, the hryvnia continues to strengthen

Add a comment to news item:
On the interbank market, the hryvnia continues to strengthen