On the interbank market continues the growth of the exchange rate 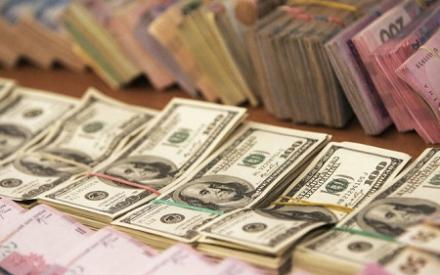 a Limited number of proposals of currency on the interbank market led to further growth of the currency rate on Monday. There have been only 446 transactions in the amount of 240,04 million $ the weighted average exchange rate UAH 28,8758/$.

the Market has not calmed the Prime Minister and representatives of the national Bank of the seasonal rise in the exchange rate and the likely drop in prices in February. Exporters use proven tactics to increase course and was holding the currency in anticipation of the maximum possible rate. Major sellers have entered the market only after 12:00 PM the dollar stood at 28,855/UAH 28,885.

Closer to the dinner established the balance between supply and demand within 28,86-28,87/28,885-28,895 UAH/$. However, the small speculators close of trading on individual transactions warmed up quotes to of 28.88/of 28.91 UAH/$, which lasted until the conclusion of the session.

the national Bank used the tactic of "request course", however, the public auction for the sale of currency was decided not to pursue.

Add a comment to news item: On the interbank market continues the growth of the exchange rate

Add a comment to news item:
On the interbank market continues the growth of the exchange rate