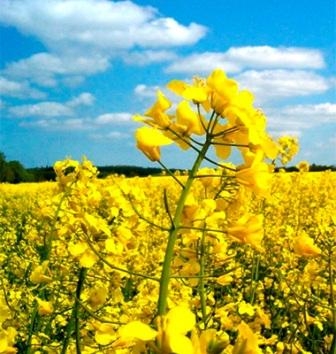 According to forecasts of analysts of Oil World, the price of rapeseed in the EU will continue to grow as the number of proposals oilseeds is very limited.

According to the latest official data, the inventory of rapeseed in the EU by the end of 2016 decreased by 1.7 million. This is due to the lowest for the EU countries over the last four years gross yield of rapeseed (20.2 million tonnes), a decrease in its imports in the second half of 2016, while increasing recycling rates.

Analysts say the intensification in the beginning of this year, imports of rapeseed to the EU countries, mainly from Australia, but it is not excluded that in the future the pace of imports could fall. Overall, the second half of this year, the European Union might increase the import of rapeseed from last year to 1.85 million tonnes to 2.41 million tons.

On the European exchanges in the last week the price of rapeseed fell by almost$ 10 and is 413 Euro/ton or 437 $/ton for deliveries in may and 383,50 Euro/ton or 405,78 $/ton for deliveries in August. Amid falling world prices for oilseeds, on the stock exchange in Chicago observed a fall in the price of canola from 536 to 519,4 canadian dollars per ton.

In Ukraine, traders contract rapeseed of the new harvest, offering him the $392-395/ton for August deliveries.

Add a comment to news item: On the European market increases the deficit of rapeseed but the price falls

Add a comment to news item:
On the European market increases the deficit of rapeseed but the price falls