On the stock exchanges continued to decline in wheat prices 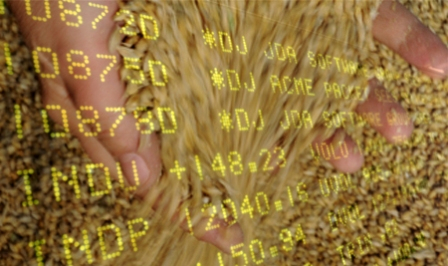 Low demand and increasing the supply of cheap Russian wheat continue to lower the prices on the exchanges. The devaluation of the ruble from 65 to 69 rubles/$ increases the competitiveness of Russian grain and allow traders to lower prices for Russian wheat.

Precipitation in regions of winter wheat production in the United States, Ukraine and Russia will have a positive impact on the sowing of wheat for harvest next year.

Loss carry-over stocks of wheat in Canada by 10% to 6.2 million tons and predicted frost, which can reduce the yield of spring wheat, it will soon become a factors for support stock prices.

After Chicago, updated for at least the last 6 weeks, most of the quotations of wheat contracts on the commodity exchange in Paris yesterday also declined.

the Falling prices for U.S. wheat due to its low competitiveness, continues for the third day in a row. Cheap black sea wheat is actively buying Asian countries, which worsens the situation for American grain.

Add a comment to news item: On the stock exchanges continued to decline in wheat prices

Add a comment to news item:
On the stock exchanges continued to decline in wheat prices