USDA reduced the forecast production and ending stocks for corn 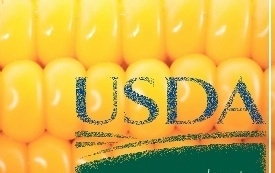 the USDA reduced the forecast of production, consumption and ending stocks of corn in season 2016/17 MG.

Harvest of corn reduced from 1028,4 to 1026,6 million tons, 67.6 million tons will exceed indicators of last season. Brazil will gather more corn than previously expected because of the relatively high prices the amount of acreage under the grain in the South of the country will be increased. Due to dry weather conditions over the provinces of Heilongjiang and Inner Mongolia have worsened the prospects of the gross harvest of corn in China. The EU will also collect less corn than previously predicted. For US the forecast was reduced, but not as much as expected.

Evaluation world exports increased from 137,3 to 139,8 million tons, while imports from 128 to 130,2 million. 2.5 million tons, increased the forecast of corn exports from Brazil. For the U.S., which is the largest exporter of this crop, the export forecast remained unchanged at the level of 55.3 million tone. Chinese private companies import more corn than expected in August, therefore, the valuation of imports for China increased to 3 million tons.

Ending balances although reduced relative to the August balance up to 220.8 219.5 million tone, however, will still be a record high.

Experts believe that corn prices in September on the Chicago exchange reached $130, which is the lowest level since 2014 and have a chance for a slight increase as harvesting. The demand for Ukrainian corn remains steady due to the decrease in production in the EU. Now it is trading at $145-146 CPT-port. The depreciation of the hryvnia added to the purchase price of corn and another 100 UAH, and now it is 4200-4300 UAH/t with delivery to the port.

Add a comment to news item: USDA reduced the forecast production and ending stocks for corn

Add a comment to news item:
USDA reduced the forecast production and ending stocks for corn