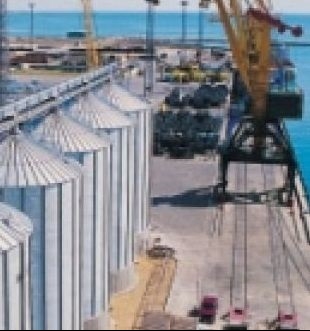 At the end of 2019 sea ports of Ukraine (excluding Crimea) increased in comparison with the 2018 volumes by 18.4% to a record level of 160 million tons, said the Administration of seaports of Ukraine.

for the Third consecutive year 13 domestic ports show increase the volume of transshipment. In 2019 were shipped a record number of goods, including ore and grain, and container transportation reached 10-year high at 1 million t To the same ASD for the second time to ensure that dredging in the ports of more than 7 million cubic meters.

the Highest proportion of Perevalny goods were the production of the domestic agricultural sector. Oil and grain cargoes amounted to 37.7% of port traffic. Compared to the 2018 year the volume of transshipment of grain grew by 32% to 54.6 million tonnes, ore – by 33% or 9 million tons to 37.3 million tons.

for the 2019 increased all areas of handling export, import, transit and internal transportations. Most of all – by 22.2% to 121 million tonnes of increased exports of domestic goods, 8.7% to 2.58 million tonnes, the import increased, and 8% to 11 mln t. transshipment of goods in transit.