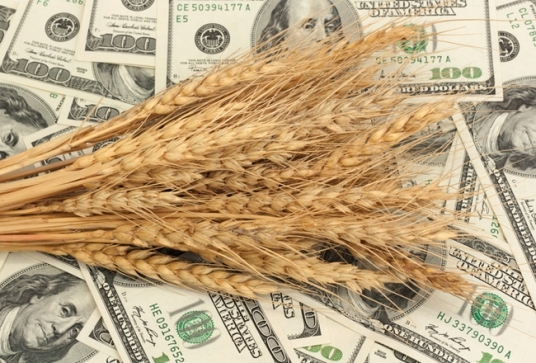 The Chicago market before the opening

The situation on the European market

Activity in international markets declined slightly in the carnival of Latin America and the celebration of the lunar New year in Asian countries. Despite this, European prices supported the American market, resuming work after the long weekends and holidays.

Adverse weather conditions, low temperatures and the impact of the drought on the Great Plains in the United States lead to concerns about the storage conditions of wheat. Meanwhile, the price level of legumes, in particular soybeans are supported by increased export demand and interest of the processing companies.

The situation in the black sea region remains the focus of attention of both geopolitical and economic reasons. In addition, crops were in worse conditions than last year for the same period in terms of Ukrainian rapeseed.

To summarize, which will be known after "Agricultural Outlook Forum," USDA next Friday, the attention of operators will be focused on the FranceAgriMer report that comes out today. In fact, inventory levels in France is one of the factors that hinders the growth.

So, according to FranceAgriMer, the area under new crops of canola can be reduced to 2.06% from last year to 1.393 million Hectares.

Today the market of milling wheat will be attentive to the results of tenders from Algeria and Egypt.
The course of wheat from the 2014 crop was 180 € / t July base, as 76/220/11, the direction of the supply - Rouen.

The trend of the American market

soy prices rose sharply yesterday unexpectedly for the market. A delay in harvesting soya in Brazil and the content of grain by farmers was the support elements. For U.S. soybeans hit record demand and export processors. The latest NOPA report showed the pace of processing at the level of 162.675 million bushels for the month, and this figure was a record for January.

The wheat market balances between the onset of cold weather, which can affect from 10 to 15% wheat SRW and, on the other hand, the low competitiveness due to the strengthening of the dollar, which is reflected in the market.

Corn prices CBOT suffer from large global supplies, despite expectations of a reduction of the area under this grain crop in Ukraine in 2015.
Corn delivery March 2015 closed at $ 3.8950 a bushel, + 2.25 cents from previous trading day.

Considering the period from February 1, when the government imposed the export duty in 15% + 7 Euro, Russian exports significantly differed depending on the source of information. On the one hand, we are talking about the volume of 100 000 t for the period 1 to 11 February. This figure is based on the official data of the customs. The second source informs about 700 000 t to 15 February, referring to the counting of certificates for export. Apparently, real exports to Russia more close to the bottom range.