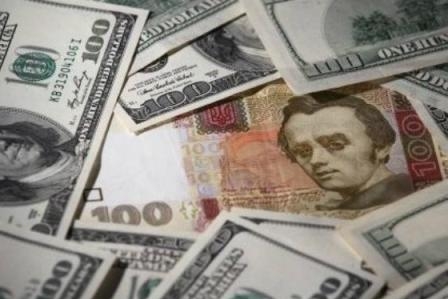 on Wednesday, the hryvnia on the interbank market is not enough to strengthen, despite the support of certain factors. The decrease in balances on correspondent accounts of banks to 45.8 milliard and accumulated volume of mandatory sales of foreign revenue for January 16 and 17 create the preconditions for strengthening of the hryvnia, but that never happened.

However, after 12 hours a few large buyers bought an excess of currency, demand outweighed over supply and the national currency began rapidly to depreciate. After lunch, the dollar was trading in the corridor 27,53-27,56/27,60-27,62 UAH. The trading ended at the level 27,56/net loss of 27.62 UAH/$.

What can you conclude?

Low trading volumes (only at $ 230.4 million $) subject to a two-day mandatory sales of foreign currency show a decline in receipts of foreign exchange, which is due to long festive holidays for exporters, the decline of foreign economic activity and the growth of negative trade balance. the

the national Bank will be forced to continue to enter the market with currency interventions, as export opportunities do not cover import needs, and the pace of import substitution is low. Therefore, the interbank market depends on the situational interest of large operators of the market, which will lead to further speculative attacks on the hryvnia.

the Major events on the interbank market on January 18: