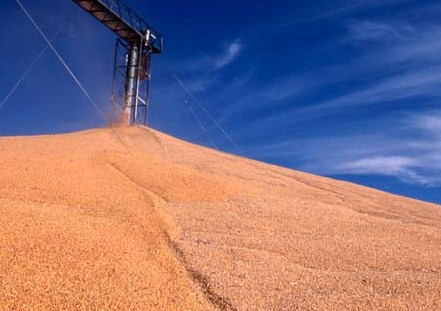 At the meeting on the progress of the harvesting campaign, Deputy Minister agroprodmach M. Martynyuk announced that the Ministry estimates the harvest of grain and leguminous crops in the 2017/18 season at 62 million tons. Clarification of the forecast after data harvesting corn.

As of 25.10.2017 with 2.5 million ha (accounting for 55% of planted corn acreage) produced 11.7 million tons of grain with a yield of 47.4 t/ha, whereas last year it was 58.3 kg/ha Decrease in yield occurred because of the significant lack of rain during the growing season, especially in Dnipropetrovsk, Mykolayiv, Kirovohrad and Odessa regions.

In General, the grain yield proportion of wheat and corn is 80%, so the data on corn were decisive in the refinement of the forecast. Despite the fact that the gross harvest is inferior to last year's it will be better than the previous forecasts, and will be the second largest in the history of independent Ukraine.

earlier, the agriculture Ministry predicted that in 2017, the grain harvest will fall to 61-63 million tonnes against a record 66 million of the 2016/17 season.