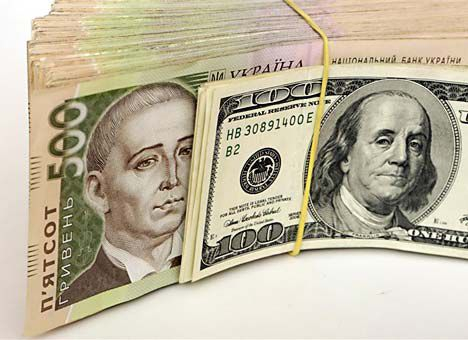 the Dollar on the interbank market continues to rise due to continuous increasing demand and the limited supply of foreign currency.

When noon rate rose to 26,31/26,335 UAH/$, the main vendors have decided that further growth will not be released to the market. Established a fragile balance between supply and demand and depending on the number of sellers or buyers dollar slightly adjusted their positions.

After 14:30 to the end of trading, the dollar stood at level 26,315/26,335 UAH/$. National Bank to sell foreign currency to the market was not issued. Trading volume at the level 215,96 $ million testifies to the fact that sellers expect a further growth rate.

On the interbank market formed a trend of devaluation of the hryvnia, which reflects the desire of exporters to sell foreign currency. The cash rate follows the quotations of the interbank market, which reinforces the negative sentiment from the citizens and entrepreneurs. This provokes a further rise in prices and the circle is closed.

the draft budget of the 2018 average annual hryvnia exchange rate is estimated at 29.3 per UAH/$, but at the end of the year it is forecasted at the level of 30.1 UAH/$. Market participants realized that the depreciation of the hryvnia can not be avoided and the rate will skyrocket.

Deputy Finance Minister Sergei Marchenko stressed that the budgeted rate is a technical parameter, not a guide for business and government. He assured that the government will ensure maximum stability of the national currency, which it works closely with the Bank and agrees with the expenditure budget policy.

Add a comment to news item: The dollar rate in the budget of the 2018 pressure on the hryvnia on the interbank market

Add a comment to news item:
The dollar rate in the budget of the 2018 pressure on the hryvnia on the interbank market