China is interested in Ukrainian meal and sugar beet pulp 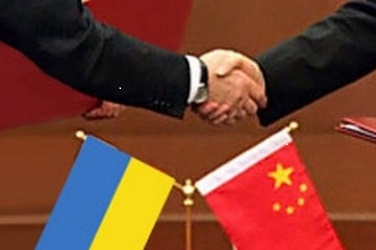 agroproduction Ministry of Ukraine in the person of Deputy Minister for European integration V. Trofimova and the General administration of China for quality supervision, inspection and quarantine Vice-Minister of Ministry of Chen Ghana approved the protocols of sanitary and phytosanitary standards in respect of the supply to China domestic sunflower meal and beet pulp.

China is a key partner of Ukraine in the agricultural sector, and for many years among the list of main buyers of domestic goods. Work on the protocols lasted for a long time, and their signing will be the impetus for strengthening cooperation and expanding the range of goods that Ukraine exports to China.

Recall that earlier this year China allowed the Ukrainian manufacturers to deliver in the countries of frozen beef. Nine manufacturers in 2017, won the right to export to the LCC dairy products, and only 27 companies in this industry supply their products to China.

During the Ukrainian-Chinese meeting discussed the resumption of exports of poultry meat domestic production and accelerate the procedures for the harmonization of Ukrainian exports of cherries, apples, blueberries and soybean meal.

During January-July 2017 Ukraine exported to China agricultural products on 524,5 million $, in particular:

In the same period, Chinese goods were imported into Ukraine 63.7 million $, in particular: