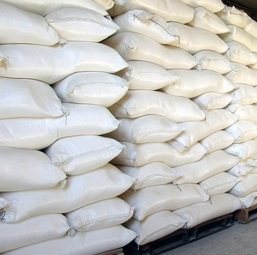 Experts ISO in a new quarterly report sharply reduced estimates of expected in 2018/19 season world sugar surplus forecast in August of 6.75 million tonnes to 2.17 million tonnes due to a significant reduction in production forecasts for Brazil, India, Pakistan and the EU.

ISO noted that global production growth is no longer expected, and together for two seasons, the global surplus is reduced by 5,892 million tons.

Such significant changes cannot be offset by the lower volumes reductions for other manufacturers - announced ISO.

According to preliminary estimates of experts, in 2019/20 MG in the sugar market will be a small deficit of 2 million tons.

a Slight surplus of the 2018/19 season amid a sharp reduction in the production of the major players will lead to the transition of the market into a phase of scarcity.

Yesterday in American stock exchanges quotes for sugar fell by 3.2% to 272,4 $/t and in total during the month by 12.2%. The reason for the fall in prices remains considerable volume of supply of sugar of the new harvest and the slump in oil prices and the falling demand for sugar cane from manolovo industry.

Add a comment to news item: ISO predicts a shortage of sugar in the world in 2018/20 Mr

Add a comment to news item:
ISO predicts a shortage of sugar in the world in 2018/20 Mr