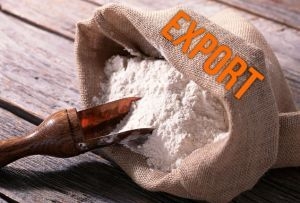 According to some estimates, the volume of world trade in flour of soft wheat this season will total 15.5 million tons in grain equivalent, which is 100 tonnes more than the previous forecast and will be 200 thousand tons more than the record numbers of last season.

a reassessment of the forecast was influenced by the improved prospects of the Turkish exports of flour, especially in Syria and Iraq. This season, Turkey will be able to export the largest amount of flour ever implemented one country. This will allow the country to reach 32.5 per cent of the world market of flour.

the world's Largest importers of flour will be:

Add a comment to news item: IGC increased the forecast of world trade in wheat flour in the current season

Add a comment to news item:
IGC increased the forecast of world trade in wheat flour in the current season