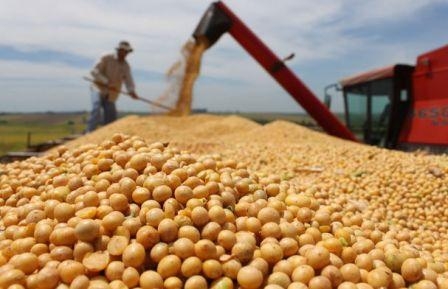 In the updated monthly report experts of the IGC increased the forecast of the world soybean crop in season 2016/17 MG 3.6 million tons to 332,4 million tons, which is 17.4 million tons exceeds the end of last season.

This adjustment was due to the improving prospects for soybean production in the United States, as well as favorable weather conditions in South America, particularly in Brazil.

Growth in demand for U.S. soybeans from China enables you to strengthen quotations on the Chicago stock exchange, which in the past month increased from 345 to 372 $/ton.

the Processors are actively buying sunflower, the demand for soybeans has decreased, so they offer her 10500-10700 UAH/t with delivery to the plant.

Add a comment to news item: IGC has increased the estimate for world soybean crop in season 2016/17 MG

Add a comment to news item:
IGC has increased the estimate for world soybean crop in season 2016/17 MG