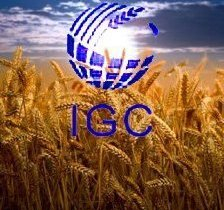 the new forecast of the International Grains Council estimate of world grain production in the current season increased by 9 mln t to 2.081 billion tons

compared with the September report forecast the global consumption of grain has increased by 2 million tonnes to 2,138 billion tons Through that ending stocks will fall for the second consecutive year and will amount to 560 million tonnes, down from 617 million tonnes in 2017/18 MG.

improve the assessment of wheat production was the main factor behind the fall in stock prices.

the American session wheat prices fell due to the strengthening of the dollar and the fall of the neighboring corn market. The December contract on CBOT fell to the lowest since January 24 this year.

Prices on Euronext supported the depreciation of the Euro to 1,137 $/€, due to the possible instability of the European economy due to the failure of Brussels to approve the budget of Italy.

Markets awaited the outcome of the Egyptian tender, which will specify the guidance price for black sea wheat for the next month. However, the Russian traders concerned about the government's intentions to reduce the pace of exports by introducing export duties on wheat. As of October 23, Russia in comparison with the same period last year increased grain exports by 19% to 21.3 mln t, in particular, wheat – 32% to 16.7 million tons.