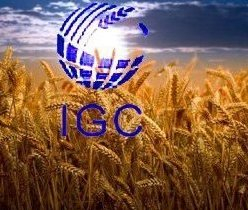 According to the forecast of experts of the IGC, in 2018/19 MG increase in demand for grain and lower yields will reduce world reserves to a minimum of 4 seasons.

In the may report IGC estimate the world production of grain in the 2018/19 season has increased by 1 million tonnes to 2,089 billion tons, which is 2 million tonnes lower than in season 2017/18.

the Global consumption of grain in comparison with the April report would be reduced by 3 million tonnes to 2,136 billion tonnes, 28 million tonnes will exceed the level of the current season.

the World grain production in 2018-19 will be reduced, although the reduction in wheat production will be partially offset by an increase in the production of corn, barley and sorghum.

a Significant amount of trade will be driven by growing demand for Visakhapatnam and vegetable oil from countries in Asia that would allow Brazil and the United States to increase exports.