The hryvnia on the interbank market rose from 20 cents 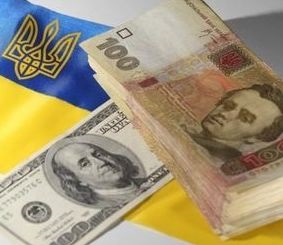 the trend towards the strengthening of the hryvnia, which began on Thursday, continued on Friday and secured a downward trend in the dollar. Exporters were hoping for a further rate rise, have begun to actively sell the currency. However, buyers are not too hurry to buy, and chose the lowest quote. The dominance of offers over demand forced sellers to accept the proposed conditions. Even a substantial increase in liquidity in the banking system (on correspondent accounts in the morning, was $ 71.4 billion UAH) have not helped to support the currency.

Probably the majority of buyers will come out on the market on Monday that will create next week the pent-up demand for the currency. This could change the current trend, but while the hryvnia strengthened against the background of the advantages of the proposals of foreign currency on demand.

Strengthening the cash rate to 28.3-28, 4 UAH/$ additionally, to support the hryvnia on the interbank market.

Add a comment to news item: The hryvnia on the interbank market rose from 20 cents

Add a comment to news item:
The hryvnia on the interbank market rose from 20 cents