The hryvnia on the interbank market continues to fall 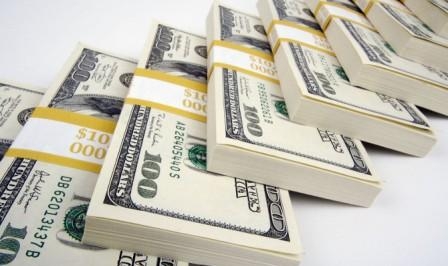 on Wednesday, the hryvnia are unable to strengthen on the interbank market, despite such factors as compulsory sale of foreign currency for the 9 and 10 January. In early trading, the dollar began to depreciate against the background of the growth of supply and 11:00 dropped to led light bulbs 26,95/27,05 UAH/$. Buyers were reluctant to buy foreign currency, waiting for the best rate. However, the Ukrainian interbank market depends on the actions of 3-6 players. After 11 hours the nature of trading has changed dramatically. The market was entered by large buyers, which strengthened the demand for the currency and changed the trend, as the supply of currency quickly ended. Already by 12:00 the dollar rose to 27,10/27,23 UAH, and by noon reached the level of 27.15/to 27.27 UAH. The national Bank was watching the auction but didn't participate.

In this situation concerns not only the failure of the hryvnia to strengthen their own positions, but also extremely low trading volume, although they were a two-day mandatory sale of foreign currency earnings. According to the NBU, the volume of transactions amounted to 281,02 million $, which indicates low activity on the interbank market and the reduction of income from exports of goods at the beginning of the second decade of January. All this makes the foreign exchange market is highly dependent on the actions of the main market operators, sometimes speculative.

this behavior of the market is unfavorable for buyers of currency, and not wait for declines, and for the national Bank, which will be forced to intervene in the course of trading to stabilize the exchange rate if it wants to reach the planned in 2017 inflation rate of 8%. And to achieve this the regulator would be extremely difficult, given the importance of the exchange rate component in the price formation in Ukraine.

the Main events in the interbank market on January 11

Add a comment to news item: The hryvnia on the interbank market continues to fall

Add a comment to news item:
The hryvnia on the interbank market continues to fall