The corn futures exchanges stable due to high demand 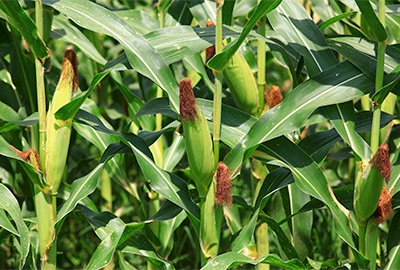 Yesterday, corn futures in Chicago traded in the "green zone" on the background of the good performance of exports of corn from the U.S. last week.

support for prices has lower forecast corn production in South Africa in connection with arid conditions during planting.

the Agricultural chamber of the country warned that the acreage of maize could decline by 20% from the forecast to 2.44 million hectares and will be about 1.98 million ha. in connection with the termination of the optimal timing of planting because of the drought. Farmers likely pereorientirovanija for sowing sunflower instead of corn.

corn Exports from Ukraine over the past two weeks decreased by 15% compared to the previous period due to the Christmas holidays and was 1.3 million.

the demand for Ukrainian corn continues to grow due to which traders from the beginning of the week increased the procurement prices for delivery in port for 1-2 dollars and offer 161-162$/t, or 5200-5300грн/t Main buyer of Ukrainian corn is the EU, which since the beginning of the season already imported 12.7 million tons, including 6.5 million tons from Ukraine. Corn imports to the EU over the past week amounted to 843 thousand tons, the highest level in a week for two years.

Traders are closely watching the weather in South America, where maize and announce new production estimates for the season.

Yesterday, the Brazilian Agency SAFRAS & Mercado. in the January forecast lowered corn production in the 2018/19 season at 1.65 million tons, compared to November forecast to 93,366 million tons, which is still by 16.61% will be more collection of last season.

Add a comment to news item: The corn futures exchanges stable due to high demand

Add a comment to news item:
The corn futures exchanges stable due to high demand