The FAO increased its forecast for global grain production in 2018 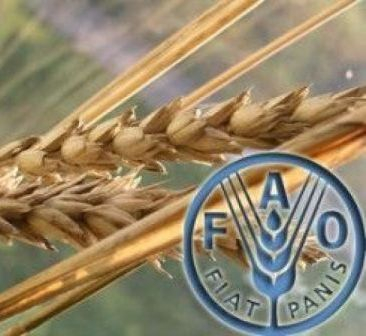 FAO raised the forecast of world grain production in 2018 to 2,601 billion tonnes, which is 2.1% to yield a record harvest in 2017. Adjustments due to increase in wheat production in Canada and China.

rice Production by 1.3% to exceed last year's record and will amount to 513 million tons

the production of wheat will decrease by 4.3% to 728 million tonnes. In the Northern hemisphere are sowing winter wheat, and favorable grain prices will encourage producers to expand acreage.

Global production of coarse grains in comparison with the 2017 year will decrease by 2.2% to 1.36 billion tons, it is Expected that the acreage under maize will increase South America, where now there is a sowing campaign.

World grain stocks at the end of 2019 reached 762 million tonnes, which is 6.5% below the record level of the beginning of the season. For the first time in 6 years reduced stocks of feed grain, while wheat stocks will shrink by 4.5%, and stocks of rice will grow by 2.6% to 176,6 million tons.

the Volume of world trade in grain in comparison with the record figure 2017/18 MG will decrease by 1.1%, including rice and wheat. Then as trade fodder grain will remain at a record level last year, 195 million tons due to increased sales of maize and a slight decrease in the sales of sorghum.

Add a comment to news item: The FAO increased its forecast for global grain production in 2018

Add a comment to news item:
The FAO increased its forecast for global grain production in 2018