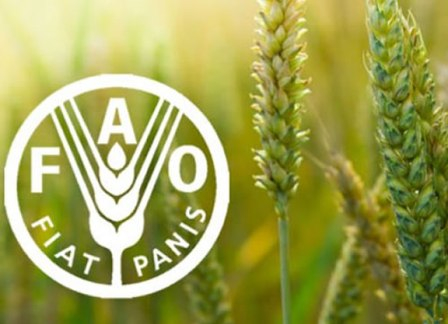 a new report by FAO experts have lowered the forecast of world grain production in 2018 in comparison with the previous season by 1.5% to 2.61 billion tons, but increased the estimate of world consumption of 1.2% to 2.65 billion tons

World wheat production in 2018/19 MG will grow to 754,1 million tons, while wheat consumption will reach 743 million tonnes, 5 million tonnes will exceed the level of previous MG.

Global production of rice in comparison with last year will grow by 1.3% to a record 511,3 million tonnes, primarily due to higher yields in India.

the Forecast of world ending stocks in 2019 elevated compared with the may estimate by 5% to 772 million tons, mainly due to increased corn stocks in China. However, despite the monthly increase, world grain reserves compared with the level at the beginning of the season will be reduced by 5.4%.

a New report indicates a relatively high correlation between the level of world grain stocks to consumption at the level of 28.5%, slightly less than in season 2017/18.