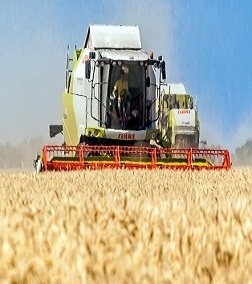 Thanks to favorable weather conditions, the experts of the Ukrainian grain Association has increased the forecast of wheat production in Ukraine to 26.7 million tons and exports – up to 19 million tons.

In may, Ukraine was dominated by variable weather with temperatures 2-6°C above normal, good rainfall and adequate soil moisture reserves. Rains in the East and South of the country has improved the condition of crops after the drought last month.

In some regions of Southern Russia and the Volga region, the development of crops delays the moisture deficit. Abnormalities cumulative precipitation from multi-year averages of the last month are observed in the East Central black earth region, and in some areas of the Tambov region, they reach 40-50%.

some experts believe that in 2019, Russia can update the record in wheat production. Now the world's largest analytical agencies give the following crop of wheat in the country in 2019/20 MG:

Monday markets in the United States was not working, but Friday's price jump was the driver for the rise in price of French wheat.

Current report on spring wheat crops in the United States will set the dynamics of wheat prices on the stock exchanges of the USA and Europe.

Add a comment to news item: Experts once again increased the forecasts of wheat production in Ukraine and Russia

Add a comment to news item:
Experts once again increased the forecasts of wheat production in Ukraine and Russia