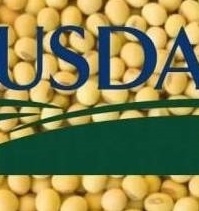 If in the March report, the experts, the USDA has dramatically increased the forecasts of world production and reserves of soybeans, in April the balance had to be reduced due to reduced production in Brazil and Argentina, as well as increasing imports by China.

Dramatic changes in the global balance surprised market participants who expected reduction in carryover stocks only 0.5% to 101,9 million tons.

Forecast consumption and processing of soybean in Argentina was reduced by 2 million tons due to reduced global demand for soybean meal.

Evaluation of soybean imports to China increased by 1 million tonnes to 89 million tonnes as a result of enhancing supply from Brazil and the growth in ending stocks.

For U.S. export forecast for soybeans was reduced by 1.3 million tons to 48.3 million tons due to increased competition from Brazil, with the result that ending stocks will grow by 13% to 13,077 million tonnes, although analysts had estimated them at 12 million tons.

the May soybean futures in Chicago after the publication of the report increased 0.5% to 317,17 $/t. However, further increase will limit the projections of reduced domestic demand for soybean oil in the United States from the biodiesel industry by 3.8% and food – at 1,3% - for events associated with the epidemic Covid -19.

Add a comment to news item: Experts the USDA lowered the forecast of soybean production in Brazil and Argentina

Add a comment to news item:
Experts the USDA lowered the forecast of soybean production in Brazil and Argentina