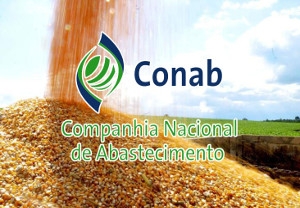 According to experts of the company Conab, the volume of corn production in Brazil this season, fell by 16.2 million tons, compared with last year, and is only 68,47 million tons.

the First crop Brazilian corn have been assessed in the amount of 25,88 million tons, and last year the figure was of 30.08 million tonnes. With regard to acreage, the area also decreased, and now stands at total of 5.39 million Hectares.

Experts believe that corn safrinha this season will be collected by 0.46 million tonnes less. Thus, the harvest will reach about 42.5 million tons, which is 22% less than last year. The acreage of grain corn increased by 10.2%, and is now of 10.52 million hectares, but total harvest has fallen by 29.2%%.

the Crop of Brazilian soybeans, according to analysts Conab, will decrease this year by 0.15 tons, compared with previous forecasts. And in comparison to last season, the fall in yields 0.8 percent.

This adjustment to previous forecasts is associated, directly, with a decrease in the yield of oily 4.3% over the last year. Loss of 28.7 kg/ha are unable to compensate the increase in the area for sowing.

According to analysts, the export volumes of soybeans will be approximately 54.1 million tons and the turnover of the domestic market ― 42.5 million tons.

the Decline in production in South America, providing support prices for corn and soybean in Ukraine. Prices of new crop corn will be about 149-152$, with delivery in October.

Add a comment to news item: Experts Conab revised estimate of the yield of oilseed crops in Brazil

Add a comment to news item:
Experts Conab revised estimate of the yield of oilseed crops in Brazil