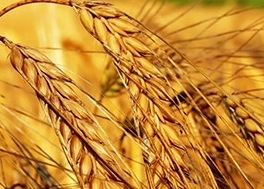 Wheat quotations, which have been declining since the beginning of the week, Thursday finally collapsed after prices for soybeans and corn in the United States.

the Reason for the decline was the information that the meeting Trump and the President of China, XI will be held not before 1 March, respectively trade agreement before that date will not be signed, so they can come into effect new tariffs on Chinese goods.

trump's Adviser on economic Affairs said that the parties are still many uncertain issues, so the time of the signing of the agreement and the likelihood of increased export of grain from the USA and China remains in question.

In Ukraine, UAH purchase prices fall due to the strengthening of the national currency from 28 to 27 UAH/$.

Most traders stop trading in anticipation of the outcome of the tender and a new report USDA that will determine the future dynamics of prices for wheat.

Add a comment to news item: Egypt announced a tender for the background of the fall in wheat prices

Add a comment to news item:
Egypt announced a tender for the background of the fall in wheat prices