The dollar on the interbank market is cheaper 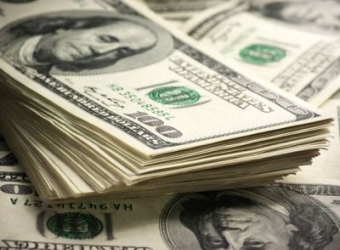 a Trend that was observed earlier in the week on the interbank market, continued into Wednesday. The volume and number of transactions is gradually increasing, the regulator takes an active part in the auction and buys the excess foreign currency to replenish international reserves. NBU has decided to hold an auction to repurchase up to $ 50 million with the possibility of placing by banks of three competitive bids, the deadline for applications from banks to 12:30 and the time of the announcement of the auction results no later than 13:00 hours. He bought a $ 36.5 million at cut-off price is not higher to 25.12 USD/$ total banks ' bids of 49.8 million dollars. After the results of the auction market to 16:00 traded in a narrow corridor 25,07-25,08/25,11-25,12 UAH/$.

the Auction ended at around 25,07/25,10 UAH/$ at the actual balance of supply and demand. It should be noted that for the past few days, the NBU sets the following values of the cut-off price, which allow you to redeem quite a significant amount of currency. However, remaining at almost the maximum bids of the dollar, the regulator is not too overcharged sellers.

This behavior of the NBU suggests that it is trying to build up their gold reserves. So, do not count on the depreciation of the dollar for the reason that excess currency is no pressure on the quotes, and redeemed by the national Bank. It would be very nice if the NBU as quickly, without waiting for the growth of the dollar, to satisfy the excess demand for the currency due to its sale at auction when the situation changes and the demand will exceed the volume of offers.

Statistics of trading environment: 522 registered transactions in the amount of 427,16 million dollars at the weighted average exchange rate 25,1156 UAH/$.

Add a comment to news item: The dollar on the interbank market is cheaper

Add a comment to news item:
The dollar on the interbank market is cheaper