Deficit of foreign trade balance of Ukraine is growing 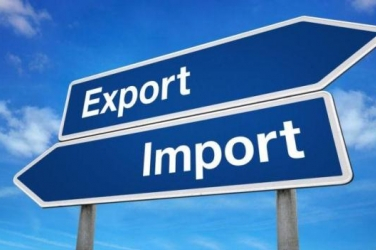 According to state Statistics, in January-August this year Ukraine imported goods 3.27 billion $ more than it exported.

the Exports of domestic products to the EU in the first half of 2017, increased by 26.1 per cent to 8.2 billion dollars.

an increase in the volume of imports increase demand for foreign currency and led to a rise in the dollar.

the Exports of agricultural products in January-September of 2017 amounted to 13.1 billion dollars, which is 25% or 2.5 billion $ over the same period last year.

the Largest importers of agricultural products from Ukraine during the specified period were:

Add a comment to news item: Deficit of foreign trade balance of Ukraine is growing

Add a comment to news item:
Deficit of foreign trade balance of Ukraine is growing