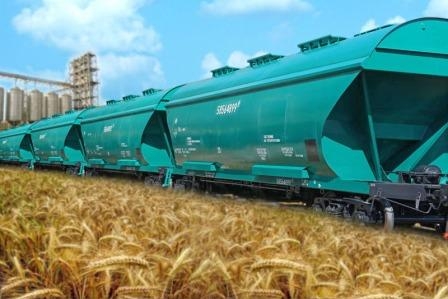 To update the rolling stock of Ukrzaliznytsia plans to allocate 108 billion.

"For five years will be purchased and renovated 96 thousand units of rolling stock. The first 9 thousand freight cars will launch into action next year. This party will include 1070 deficit of grain, which will increase the number of such wagons by 10%," - said V. Balchan what is now the Chairman of the Board.

Ministry of infrastructure, said that in the framework of this program Darnitskiy car repair plant has already produced 20 cars.

the Greatest shortage of cars recorded in Odessa, Lviv and southern railway.

And this despite the fact that in some areas the restrictions on movement of goods for a term "until canceled". Now discontinued shipment:

in addition, until December 2, the limited transportation of grain and bean cultures and seeds for OOO "TRANSSERVIS 2008" in the direction of the station Illichivsk (Black sea port).

In the areas of the internal stations of the restrictions on the carriage of goods.

Add a comment to news item: The shortage of grain wagons is enhanced despite the limitations of transportation

Add a comment to news item:
The shortage of grain wagons is enhanced despite the limitations of transportation