The shortage of wheat in India, support prices in Ukraine 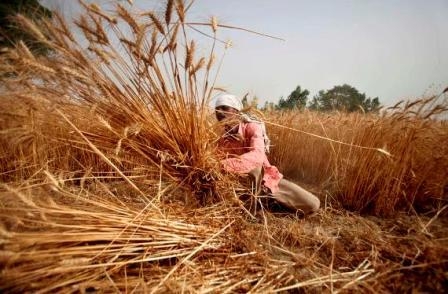 As of October 1, 2016, the wheat stocks in government reserves in India decreased to 21.66 million tons, which was the lowest figure for the country for the last 9 years, and 10.8 million tons reserves is inferior to the same period last year.

in addition, the amount of reserves very close to the minimum required level, which would ensure that domestic demand for wheat 20.52 million. Through this the government of India plans to increase internal reserves by purchasing wheat on the world market.

since the beginning of the season 2016/17 MG India has already concluded agreements on the supply 2-2,2 million tons of wheat, Ukrainian and Australian origin, of which about 1 million tons is imported into the country. Besides, it is expected to restore the level of reserves will be possible due to the high gross harvest of Indian wheat in the new season.

This situation keeps the price of Ukrainian wheat, which continues to rise after growing demand from importers of wheat in India.

Today the price on the basis of CPT-port are:

Add a comment to news item: The shortage of wheat in India, support prices in Ukraine

Add a comment to news item:
The shortage of wheat in India, support prices in Ukraine