A shortage of supply pushes the price of sunflower oil up 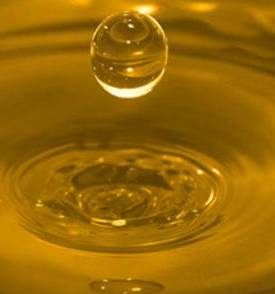 expectations of a large harvest of black sea sunflower and the growth of world soybean production is lowered in late August, prices for sunflower oil FOB – the ports of the Black sea to 685-690 $/t

However, due to shortage of supply, prices for Ukrainian sunflower oil with delivery in September rose for the week for 8-10 $/t, while for delivery in November remained at the level of 695 $/t FOB.

Due to drought low yield of sunflower in southern Ukraine, forcing manufacturers not to hurry with the sales in anticipation of rising prices. Processors actively buy sunflower seeds to be able to sell oil at high prices.

In Ukraine threshed 13% of the area under sunflower and the preliminary yield of 1.96 t/ha. In the Northern regions, the yield will be higher, which will make the area of 6.2 million hectares to 14-15 million tons of sunflower seeds.

the Increase of the sunflower will lower the purchase price, given the low demand for oil from importers and rising competition from Romania and Russia.

Russia has threshed only 2.7% of areas under sunflower. Lower yields will be offset by the increase in acreage to 7.5 million hectares, which will provide 13 million tonnes of sunflower against predictable USDA 11 million tons.

Romania, which is the third largest producer of sunflower in the black sea, increased acreage under sunflower to 1.13 million hectares. USDA predicts in the case of yield of 2.21 t/ha gross yield will be 2.4 million tons, 200 thousand tons lower than in the previous MG. The European Commission estimates, the yield will be of 2.72 t/ha and the gross harvest will reach a record of 3.07 million tonnes of Local experts estimate the yield 2.65 t/ha and the gross yield in the range of 3 million tons.

Bulgaria reduced in comparison with last year the acreage under sunflower by 12% to 730 thousand hectares, however, the increase in yields from 2.29 to 2.8 t/ha (compared to the forecast of the EU 2.64 t/ha) will increase the yield from 1.9 to 2-2. 1 million tons.

Moldova through the expansion of cultivated areas to 362 thousand hectares and a good yield will increase sunflower production by 5.5% to 760 thousand tons.

Add a comment to news item: A shortage of supply pushes the price of sunflower oil up

Add a comment to news item:
A shortage of supply pushes the price of sunflower oil up