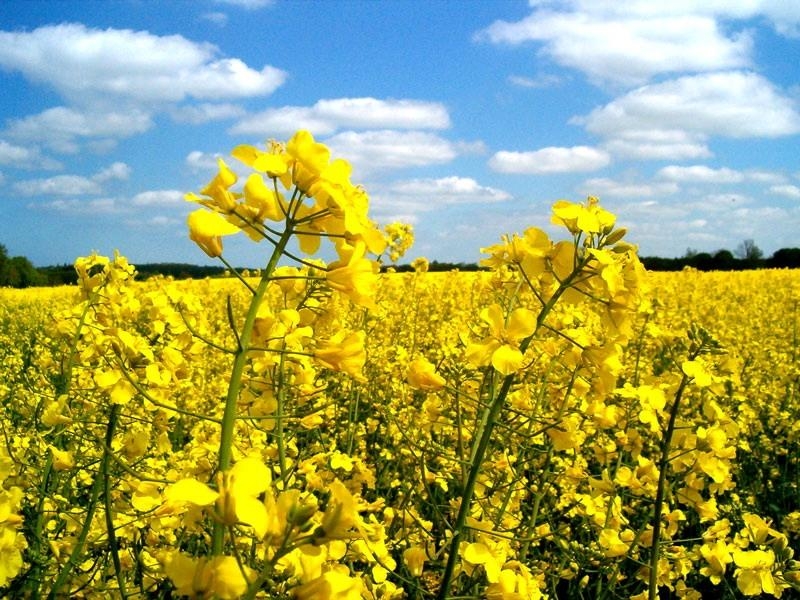 Precipitation over the weekend in the prairies of Canada was less than expected, while temperatures in the South exceeded 30 OhC, which increased the stress on plants and led to an increase in quotations on the Winnipeg stock exchange.

In the coming days, no precipitation is forecast in the provinces where rapeseed is mainly grown, and the heat wave will continue, which will continue to negatively affect crops.

November canola futures continued their growth on Friday yesterday and rose by another 2.3% to last week's level of 904.4 CAD/ton. the dollar price rose even more due to the appreciation of the Canadian dollar – to 7 721/ton.

The report of the Statistical Office of Canada on the state of crops, which will be published today, will be an additional factor in supporting prices, as most analysts believe that the state of crops has significantly worsened over the past few weeks. In addition, the canola market supports the rise in the price of oil and palm oil.

On the European Exchange Euronext, August rapeseed futures fell by 8 €/t at the beginning of trading yesterday under the pressure of increasing offers. however, later, following the support of the canola market, they recovered to 528.75 €/t or 6 624/t, losing a total of 3.25 €/t for the day, and 0.8% of the price for the week.

In Ukraine, rapeseed harvesting is becoming more active, but the increase in supply has not yet affected prices, and a sharp decline in prices at the end of the week stopped sales from producers.

As of July 22, domestic farmers from 27% of the area collected 674.91 thousand tons of rapeseed with a yield of 2.46 t/ha, which is 19% higher than last year. But due to the reduction in sowing areas, production forecasts remain at the level of 2.6-2.8 million tons.

Following the Euronext exchange, purchase prices for rapeseed in Ukrainian ports yesterday decreased by 200-300 UAH/ton to 18200-18500 UAH/ton or 585-600 т/ton. processors left prices at 18500 UAH/ton with delivery to the port, so they compete favorably with exporters.

Precipitation forecasts in the central regions of Ukraine for the next 3-5 days will speed up rapeseed harvesting. However, producers expect prices in ports to recover to the level of 19000-19500 UAH/ton in order to boost sales.

Add a comment to news item: Lack of precipitation in Canada has led to higher prices for canola and rapeseed

Add a comment to news item:
Lack of precipitation in Canada has led to higher prices for canola and rapeseed