It is possible to increase the price of corn? 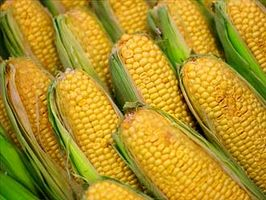 price Drop contributes to improved weather conditions in South America and poor the pace of corn exports from the United States.

activity in the grain markets falling, and this trend will persist in the coming weeks, as fundamental and technical factors still remain bearish.

the price of corn fell below the 20 and 100-day moving average and, continuing a 5-month trend of falling may be reduced in early 2018.

growth Factors prices may be increased droughts in the United States or reduce the acreage under maize in the new season.

Experts Informa estimated the corn yield in the U.S. this season to 176,6 bushels/acre, while the USDA predicts it at 175,4 bushels/acre. Thus an assessment of the acreage under maize crop 2018 reduced compared to the November report by 1.74 million acres to million acres 89,675.

In Ukraine corn prices are rising due to a sharp drop of the hryvnia against the dollar by 2.6% during the week to 27.7 UAH/$. Due to its high demand, most traders prefer buying corn, while continuing the purchase of wheat for lack of proposals and soybeans until clarification of the situation with rules for further exports.

Add a comment to news item: It is possible to increase the price of corn?

Add a comment to news item:
It is possible to increase the price of corn?