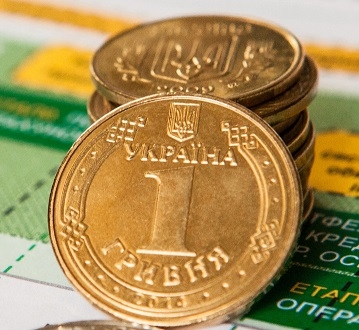 on Monday, the hryvnia on the interbank market depreciated by 12 kopecks from 27.71/accounting period by 27.74 UAH/$ to 27.84/27,86 UAH/$ on the back of speculative demand and curbing the sales of foreign currency by exporters.

yesterday, the hryvnia has played 9 COP and strengthened to 27,76/27,79 UAH/$, primarily due to the location of the next party of government bonds in national currency, which bought the non-resident, which are sold for this currency, the offer of which exceeded the demand. National Bank during the two sessions did not participate in the auction, allowing the market to determine the exchange rate.

Active borrowing in the near future will be the main factor to maintain the exchange rate at the level of 28 UAH/$.

At auction, the Finance Ministry attracted to the budget 10,249 billion UAH (which is 444 million UAH less than at the previous auction last week), enabling hryvnia bonds:

According to the Ministry of Finance in June, public and publicly guaranteed debt of Ukraine increased by UAH equivalent to 2.7% or UAH 59.7 billion in dollar-denominated – 3.5% - or 2.89 billion $ to 2269,17 billion, or 85,01 billion $. In may, the national debt rose in local currency only 0.59%, as the government after leaving the quarantine could increase borrowing to cover the budget deficit. Budget revenues are gradually increasing, but inferior to last year.

the Cause of the over-fulfillment of plans was a sharp decline in plans for the receipt after the approved in April amendments to the law on the state budget, according to which:

Add a comment to news item: Auction for the sale of government bonds supported the hryvnia on the interbank market

Add a comment to news item:
Auction for the sale of government bonds supported the hryvnia on the interbank market