Because of the decrease of demand prices on oil fall 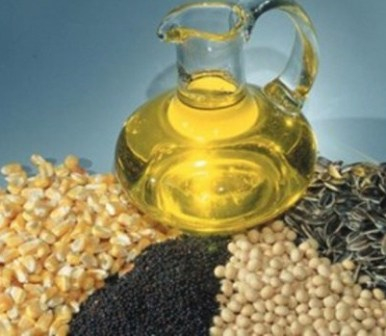 the Leader of falling prices in the Chicago steel futures soybean oil, which for three sessions had depreciated by 2% and dropped from 754 to 744 $/t due to the reduction of export demand and reduced consumption from the biodiesel industry.

December futures palm oil FOB Malaysia decreased to 615 $/t, while the January – to $650/MT amid rising production and forecasts the reduction of imports from India and the EU.

Precipitation last weekend in Argentina and Brazil, which completed the sowing campaign, has allayed the fears of traders over the fate of soybeans. In Brazil, the acreage under soybean will increase by 3% to 35 million hectares due to reduction of the area under maize.

According to the forecast Agency Agroconsult, in season 2017/18 Brazil will gather 111 million tons of soybeans, behind last year's record 114,7 mln t. However, good weather conditions in December and January can increase the soybean crop to 115 million tons.

the Largest drop yesterday showed European rapeseed demand from the biodiesel industry has substantially declined. On Euronext, he fell to 4,75 €/t to 366,75 €/t or 436,3 $/t, though three  week ago they were trading at 386 €/t

Prices for Ukrainian rapeseed remain at 420-425 $/t or 13200-13400 UAH/t at the port, because traders need to form export consignments for shipment in November and December. The next transfer will be possible not earlier than in March, when the improved logistics of transport of canola from the grain elevators Western regions.

Add a comment to news item: Because of the decrease of demand prices on oil fall

Add a comment to news item:
Because of the decrease of demand prices on oil fall