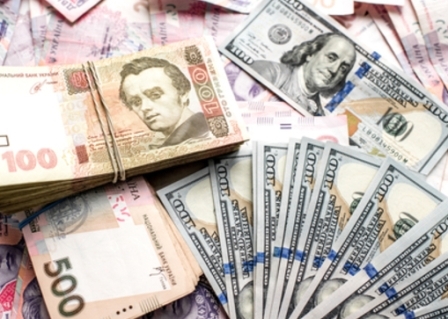 on Monday continued strengthening of the hryvnia on the interbank market. Exporters actively selling the currency to conduct budget payments, which leads to the abuse of offers over demand and pressure on the dollar.

Buyers were in no hurry to conclude the transaction, waiting for a better rate, however, the situation decided to use the national Bank. At noon he announced an auction to repurchase $ 50 million with a deadline to 12:45. The time of the announcement of the auction was very well chosen. On the one hand the market has formed a steady downward trend, on the other – are still interesting for the regulator proposal. With a total bid of banks at 56.3 million $, the NBU bought 49,98 $ million at cut-off price is not higher 26,69 UAH/$.

the Strengthening of the national currency makes exporters to reduce hryvnia prices. Experts expect that within the next 2-3 months, the hryvnia strengthened to 26,50 UAH/$.

Add a comment to news item: Due to the strengthening of the hryvnia domestic procurement prices are falling

Add a comment to news item:
Due to the strengthening of the hryvnia domestic procurement prices are falling