Brazil continues to compete with Ukraine on the world maize market 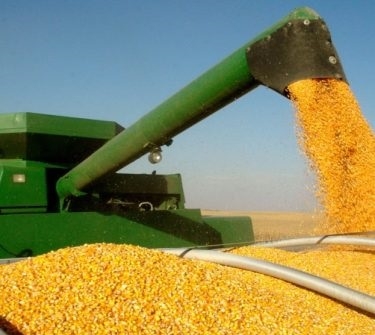 Despite the fact that usually at the time of harvesting corn in the United States and Ukraine Brazil gradually reduces the pace of exports this year she continues to actively implement the grain, which increases competition on the world market of corn.

national Association of grain exporters of Brazil (Anec) predicted that by the end of 2019, corn exports from the country will be 35 million tons, but already in the beginning of November it exceeded 33.5 million T. So on Tuesday experts Anec raised the export forecast to a record 40 million tonnes, Supports Brazilian exports decrease corn production in the United States.

corn Exports from the U.S. for the week doubled to 560,1 thousand tons, which exceeds the expert expectations are, however, much inferior to 1,158 million tons that were exported in the same period a year ago. Since the beginning of the season, the United States exported 4,321 million tons of corn, which is 61.2 per cent lower than in the previous season – 11,138 million tons.

corn Prices in Brazil amid strong demand and destocking increased to 175 $/MT FOB and exceeded rates in the United States, which constitute 170-172 $/t FOB US Gulf. In the Ukraine and Argentina, the price of corn remain at 164-165 $/t FOB, but the high demand has not, as buyers from Asia are not willing to pay more than 205-207 $/t CFR for deliveries in March, when the markets come out of the Brazilian corn of the new harvest.

Add a comment to news item: Brazil continues to compete with Ukraine on the world maize market

Add a comment to news item:
Brazil continues to compete with Ukraine on the world maize market