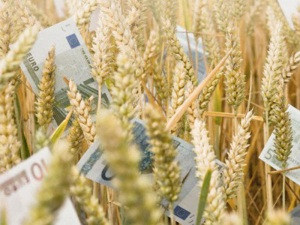 Through adverse weather conditions in Central and Northern Europe European Commission experts have reduced on Thursday its forecast production of soft wheat 140,25 to 137.6 million tons.

According to the forecast of French Agency Agritel, in the South-Eastern regions of Ukraine to 2018, significantly reduced the yield of wheat, while the Central region has improved yield in comparison with the previous year. Gross harvest of wheat will decrease by 5% to of 24.72 million tonnes.

the Ukrainian hydrometeorological estimates the wheat crop in Ukraine at 23.3 million tonnes and the USDA at 26.5 million tons.

Despite the "bearish" USDA report on crop areas and residues of wheat futures for soft wheat increased by 2.9% to 184,45 $/t of crop in Europe.

compared to the March USDA report acreage will increase by 482 thousand acres to 47,821 million acres, which is 1,809 million acres higher than the figure recorded last year. The remains of wheat meet the expectations of the traders 29.94 million tonnes, which is 2.2 million tons less than last year.

In Friday's report, Statistics Canada acreage under wheat is estimated 24.71 million acres or 10 million hectares, which is 10% higher than last year's volume.

wheat Exports from the U.S. for the week decreased by 16.4% to 356,7 thousand tonnes, which also presses on the market.

Add a comment to news item: The stock price of wheat rose after a decline in production forecast

Add a comment to news item:
The stock price of wheat rose after a decline in production forecast