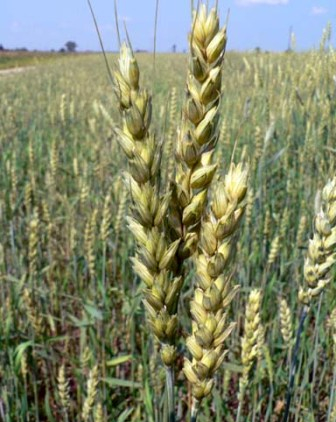 After a significant jump in prices last week, traders began to fix profit, so in the last two sessions, the quotes slightly decreased. However, since Monday the world prices for wheat resumed growth.

France is completing the harvest, traders are watching data from Germany, which predict a significant reduction of wheat production. Moreover, the expected deterioration in the quality wheat in Ukraine and Russia.

the following European traders started to buy wheat in anticipation of further price increases, due to problems with the harvest in the EU and Russia, although news of the American market does not give grounds for growth.

Threshed 85% of the area under winter wheat and 4% of the area under spring that corresponds to the average value. The condition of spring wheat during the week has declined by 1% to 78%. The wheat harvest will exceed last year's, but will be below average 5-year level.

the price of wheat continues to grow and is now in ukrainian ports offer: