The stock price of the wheat has turned up 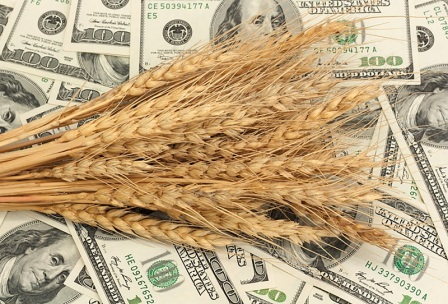 on Tuesday, the stock price of wheat in the US and the EU started to grow again thanks to speculative buying, investors are on the decline in the volume of grain proposals from major exporters.

a Sharp depreciation of the Euro 1,133 to $/€ will allow to strengthen the price of European wheat, which has already become competitive, which was confirmed by the results of the tender in Egypt.

Today marks the conclusion of the maturity of the options at the September wheat contract on the Euronext traded under 205,5 €/t

the wheat Market in the United States partially erased losses after a two-day fall. Traders concerned about forecasts of drought in Australia.

the Number of crops of spring wheat in the United States in good and very good condition has increased by 15% to 75%, however, the increase in gross collection has not stopped rising prices.

Add a comment to news item: The stock price of the wheat has turned up

Add a comment to news item:
The stock price of the wheat has turned up