Exchange wheat prices are falling, however physical market is stable 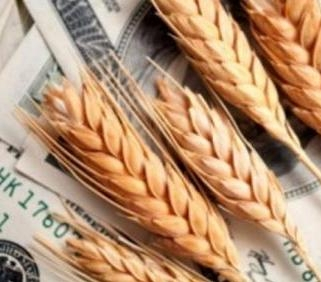 Yesterday in trading on the stock exchanges of the USA and the EU was influenced by the fall in oil prices and promotions, and a gradual strengthening of the Euro.

Market European wheat falls a second day under pressure from the Euro, which has grown from 1,131 1,1218 up to $/€ for two days after the application is approved by Brexit. The strengthening of the Euro worsens the export prospects for European wheat.

the Market U.S. wheat is reduced and the small demand and under pressure from the increase to 54% of the number of crops in good or excellent condition.

the December wheat futures on US exchanges fell:

wheat Prices in Ukraine and Russia remain at the level:

Rates supports a decrease in stocks of wheat from Russian producers. As of 1 November they were estimated at 16.5 million tons, which is 11.1% lower than in the previous month and 24.8% lower than the level on November 1, 2017 the Decline in the level of wheat stocks, compared with the previous Mr lasts three months. In regions that are actively exporting wheat (Central and Central-Chernozem regions, the Volga region, North Caucasus), inventory significantly less than last year, and only in the Altai region recorded their growth.

Add a comment to news item: Exchange wheat prices are falling, however physical market is stable

Add a comment to news item:
Exchange wheat prices are falling, however physical market is stable