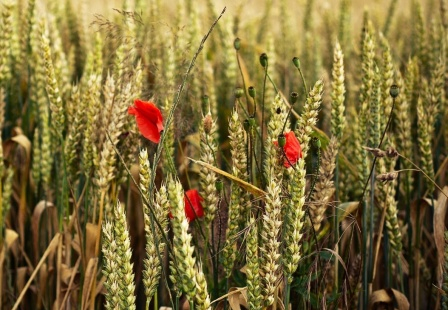 After a 5-day pre-growth stock prices on Thursday fell slightly, as traders decided to trade on the basis of official data, and not the previous projections.

ODA Agency yesterday lowered its estimates of the wheat crop in the EU projected in early July to 130.5 million tonnes to 124,9 million tons, which was the most pessimistic for today calculations.

do Not share the pessimism of the analysts of the French manufacturers, who appreciate the soft wheat crop in the country is 35 million tons, exceeding expert expectations 33-34. 5 million tons, but inferior to last year's 36.6 million tons.

France this week plans to complete harvesting wheat, which will be a speed record for the last 40 years.

After a sharp jump in prices on Wednesday in Chicago, the traders moved to speculative sales.

also on the prices presses a strengthening of the dollar.

Only quotes Minneapolis spring wheat continued to grow on the data about the worse-than-expected yield.

the prices of physical markets rise after the exchange, however, is constrained by low procurement price, which for wheat with protein of 12.5% amounts to 208 to 210 $/t FOB Black sea, while offers reach 220-229 $/t FOB.