The exchange has not responded to rising prices for wheat tenders 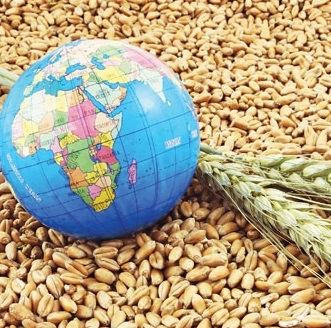 the Increase in purchase prices on tenders in Egypt and Jordan by $5/t and 11 $/t did not support the stock market, overheated because the physical market is not confirmed by fundamental factors and the data about growth of exports from main producing countries.

Yesterday, at the tender, GASC bought 235 thousand tons of Ukrainian, Romanian and French wheat protein 12.5% price 235,51 $/t CFR, which is by 5 $/t higher than the purchase price at the previous auction 2 weeks ago. Russian wheat was more expensive than the competition. And French exporters put up for sale only one cargo that disappointed the market, because their wheat was the cheapest on the basis of FOB.

Jordan purchased 60 tons of wheat with protein 11.5% of the delivery end of March at a price of 241 $/t CFR Aqaba, which is 11.2 $/t higher than the purchase price at the previous auction.

Prices of Russian wheat on the physical market remained at 210 $/t FOB, while the bid price does not exceed 207-208 $/t FOB for shipments in November. The Russian market is overheated, therefore, the demand not very active.

Chicago on Tuesday to support the data for tenders, indicating the increase in world prices and export demand. However, before the close of trading speculators reduced quotations.

the December wheat futures in the U.S. fell:

Add a comment to news item: The exchange has not responded to rising prices for wheat tenders

Add a comment to news item:
The exchange has not responded to rising prices for wheat tenders