The activity of the importers support the price of wheat 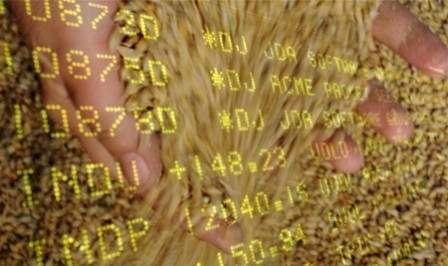 Algeria at the tender 28 Mar purchased 200 thousand tons of hard wheat at a price 250-253 $/t on the basis of C&F for delivery in the second half of may. Traders consider it to be grain from Canada or the United States.

Jordan at tender on March 29, purchased 50 thousand tons of milling wheat termoservice price 202 us $/t on the basis of C&F for delivery in the second half of September.

Tunisia March 30 will hold a tender to purchase 100 thousand tons of soft wheat and 75 tons of feed barley optional origin for may delivery-July.

Iraq before 2 April intends to hold a tender to purchase 50 thousand tons of wheat termoservice made in the USA, Canada and Australia.

the Millers from the southern regions of India announced that it will continue to import wheat from Australia and the black sea countries, because even after the introduction of 10% duty, it remains cheaper than domestic grain. Imports of wheat will not be useful, while increasing the rate of customs duties to 25%. Until recently, before the return of import duties, the Australian wheat in the southern ports of India offered at a price of 230 $/ton, at that time, both at the National commodity exchange, Indian wheat was trading at 257 $/ton for April shipments. Black sea wheat is offered at a price 222-223 $/t on the basis of C&F, including fumigation costs.

In Chicago, the speculators, the second day warmed up the wheat market. In occupany of the USDA report on crop acreage and quarterly stocks they cover short positions. Experts believe that the USDA will cut acreage of spring wheat in General, at that time, as the inventory valuation may increase.

Add a comment to news item: The activity of the importers support the price of wheat

Add a comment to news item:
The activity of the importers support the price of wheat