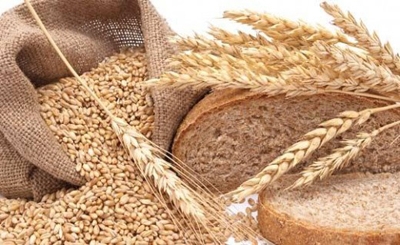 a week of wheat exports the main countries-exporters supported the market and stopped for a long period of falling prices. Finally the moment came when they lower exports from Ukraine and Russia, and increased demand for American and European wheat, although it had to cut prices.

milling wheat Quotations supported the tender in Saudi Arabia, where it was purchased 625 thousand tons of European wheat price 248,16 $/t CIF, which is 20 $/t lower than at the previous auction in November.

the European Union over the week 181,174 exported thousand tons of wheat and reduced the backlog from last year's rate from 17% to 16%. Since the beginning of the season exported 11,684 million tons of soft wheat.

wheat Exports from the U.S. for the week decreased by 42.6% to 440,314 thousand tons, which is still 10% higher than the same period of 2018. The exchange can support the outcome of tenders in Iraq and Jordan, which will take part American wheat.

However, while the exchanges are rampant pessimism, investors are speculative sales, which further puts pressure on world prices.

May futures in the US declined:

the Purchase price of Ukrainian wheat is falling behind the world and under pressure from the strengthening of the hryvnia exchange rate to 26.8 UAH/$. In the port, traders offer for wheat:

For the week, the Ukraine reduced the export of wheat by 67 per cent to 99 thousand tons. However, the greatest reduction demonstrates Russia, which during the week have reduced wheat exports by 53% to 371 thousand tons, although the start of the season has already sold 29 million tons of wheat.