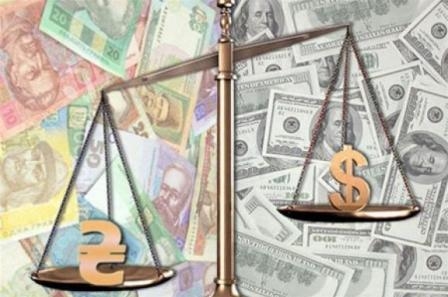 on Thursday, the hryvnia continued its fall interbank. An increase in supply due to the mandatory sale of earnings of exporters was immediately absorbed by the demand.

For that August 24 was a holiday, yesterday on the interbank market, the exporters ' sales revenues from in two days, however, the growth in demand for the currency blocked the increase in supply has led to the strengthening of the dollar to 25.40/UAH of 25.46. The market is formed by a stable trend in the growth rate of the American currency.

In such circumstances, exporters will hold currency, waiting for the best prices, and probably will try once more to raise the rate. Demand exceeds supply, and time for exporters. Importers are in the opposite situation: approaching the end of the month make close contracts, so the rising value of the currency they can't be too picky. The national Bank remains a passive observer and does not market, since the excess of currency is absent.

Like the uncertainty surrounding the dollar may lead to situational imbalances between supply and demand, and therefore, to a wide corridor of quotations at the auctions. The market will depend on the actions and interests of major players. The spread will widen to 5-10 cents on the dollar. The interbank market will be very situational, and the balance between demand and supply is very precarious.

the situation remains Unchanged in the cash market the dollar has stayed in the range of 26.00-26,20 UAH. The growth of quotations of currency in the interbank market leaves the possibility of attacks on the hryvnia as the cash market and in operations on the auction.

Keep the fall of the hryvnia.

Weaken the exchange rate of the hryvnia following factors:

the increase in balances on correspondent accounts with banks of almost 1.7 billion UAH billion UAH 40,896.

Add a comment to news item: The threat to the stability of the hryvnia on the interbank market still remains

Add a comment to news item:
The threat to the stability of the hryvnia on the interbank market still remains